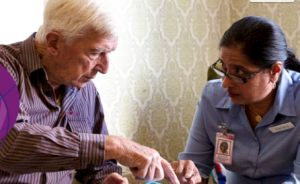 The Government is under pressure from all quarters to increase funding to pay for better staffing and staff training to improve lives in the aged care sector. The Royal Commission into Aged Care Quality and Safety hearing in Adelaide last week concentrated on the industry’s workforce.  Senior Counsel Assisting, Peter Rozen QC, made recommendations including mandatory minimum staffing, Registered Nurses available at all times, public disclosure of staffing levels, minimum qualifications for personal care workers, a national staff registry, plus a social change campaign to encourage more people into the care profession.

The Health Services Union (HSU) last month announced ‘Eldercare’, a national campaign for aged care funding to increase by at least $5 billion. The union advocates a universal, single-payer system for aged care, funded by a Medicare-style levy. It’s a proposal  HSU will push at the next federal election because “providing a dignified level of care is going to cost more money”.

Also in February, hearings by the Aged Care Royal Commission touched on the possibilities of non-government funding for aged-care such as Japan’s health insurance model. Earlier this year, reports from Flinders University in South Australia together with the Royal Commission into Aged Care Quality and Safety, said the Federal Government needs to increase its spending and move away from an economic focus in order to improve the sector.

Compared with other countries,  Flinders’ study scored Australia low on benchmarks such as staffing levels in residential institutions and its coordination between aged care services and health care. Flinders  looked at aged care in 22 countries, finding Denmark and Sweden – which spend about 4 per cent of their respective GDPs on aged-care – to be the best examples of long-term care. Australia spends about 1.2 percent – although a high proportion of our aged population, about 45 per cent, is living in costly residential aged care.

ACSA CEO, Pat Sparrow, says the reports are an “embarrassing wake-up call” for Australia’s support for the sector where “incredible, amazing work” is done despite the lack of funding. She said Australia was prosperous but failing in this sector because we undervalue our seniors. 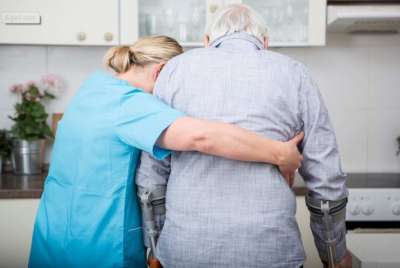 The second Flinders research report, Review of International Systems of Long-term Care of Older People, found that a social focus, instead of an economic focus, would be better for aged care here. The third research paper, Review of Innovative Models of Aged Care, looked at systems Australia doesn’t follow but should look to as models. On a positive note, the research found Australians had good access to different levels of long term-care.  It identified areas for improvement including:

The research was conducted to inform the Royal Commission and the public and the papers’ views expressed are not necessarily those of the Commissioners.

To view the reports received by the Royal Commission this year, click here.