This week, public hearings by the Royal Commission into Aged Care Quality and Safety are inquiring into residential aged care, the most disturbing aspect of the sector 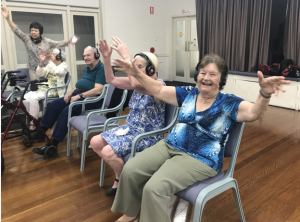 which provoked the inquiry. Previous hearings in Adelaide focused on aged care in people’s homes and explored key features of the overall system and how it operates, including quality, safety and complaints management. Sydney hearings will inquire into  facilities, with a focus on dementia care, and examine 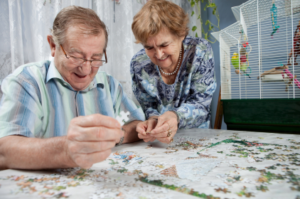 This should involve all the hard questions that have been asked about staff-to-resident ratios, staff training and qualifications, abusive treatment plus complaints handling and reporting. ABC Journalist, Anne Connolly, who has been investigating aged care for a decade, is at it again with a Background Briefing program for ABC Radio National aired in April ( listen here ) In 2018 Connolly’s ABC TV Four Corners programs, “Who Cares?”, prompted PM Scott Morrison to announce the royal commission as the program was about to air. 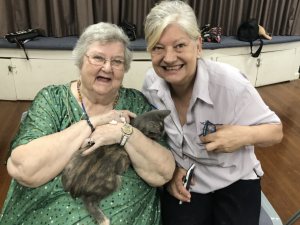 Her new radio program tells of two women who reported sexual abuse by residential care staff. One had early onset dementia in a Home Style Aged Care facility with CCTV. Without CCTV footage, the case would not have eventuated. Elsewhere a resident in an Allity facility who had no cognitive dysfunction reported the abuse the next day. Yet her clear complaint was not taken seriously by management until the residents’ family brought police in. The care worker, from an agency, was initially not dismissed by Allity, but told not to attend that particular resident again. The family of the woman in the facility with CCTV footage awaits a further court case although the worker was charged with 13 sexual offences; the family of the woman with no cognitive impairment – no CCTV surveillance –was dissuaded from pressing charges and regrets it. 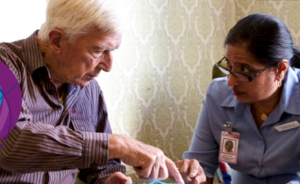 The radio program shines a harsh spotlight on the problems. Complaints by people with cognitive dysfunction are generally not followed up by facilities although all complaints should be reported to the Department of Health. Department of Health figures therefore are described as ‘the tip of the iceberg’.  When complaints are made, the name of any worker involved in the incident is not recorded unless there’s a legal conviction.

Aside from a court conviction, there’s nothing to stop an abusive worker moving from one home to another. Although 80% of workers in the sector are personal care workers not nurses, there is no register of names, nor workplace history, let alone whether someone has been involved in an incident causing complaint. Following up on the Allity worker, reporter Connolly asked NSW Police, Federal Department of Health, regulatory bodies for nurses and the Aged Care Quality and Safety Commission – which has just been set up to comprehensively deal with complaints – whether they knew if the man still works in aged care and where he is working. None were able to answer.

Despite the difficulties in reporting, Department of Health figures show there have been 3,700 reports of sexual assault in aged care homes in the past decade, with 547 last year showing an increase of 40% on the previous two years. Aged Care Minister Ken Wyatt said that reporting of sexual assaults in aged care could have increased because of increased awareness of the issue. The Department of Health does not analyse data on reports it does get for trends in types of incidents, alleged perpetrators, victims or any other insight.

Hearing transcripts can be found here