It’s confirmed! Good cardiovascular health at age 50 is strongly associated with a lower risk of dementia later: these are the results of a remarkably comprehensive study of almost 8,000 British adults over 25 years. Dementia starts to develop 15-20 years ahead of symptoms so warding off its onset is vital – and  not impossible – because cardiovascular risk factors are modifiable. It is now certain that, for most people, lowering cardio risk will have a dual benefit – for heart and brain health.

Published by The British Medical Journal in early August, the study of cardiovascular data from ‘Whitehall II’ group of 7,899 civil servants of both sexes at age 50, also included data on social, behavioural, and biological factors for long-term health. The subjects were all free of cardiovascular disease and dementia at 50 and later dementia cases were identified using hospital, mental health services, and death registers until 2017. 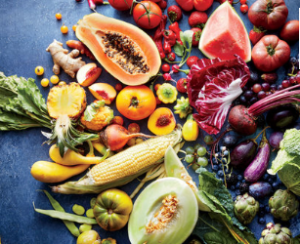 Higher cardiovascular health score at age 50 was also associated with higher whole brain and grey matter volumes in MRI scans 20 years later. And reductions in dementia risk were also evident across the continuum of the cardiovascular score, suggesting that even small improvements in cardiovascular risk factors at age 50 may reduce dementia risk in old age, say the researchers.

“Cardiovascular risk factors are modifiable, making them strategically important prevention targets. This study supports public health policies to improve cardiovascular health as early as age 50 to promote cognitive health, too” the researchers reported, while also noting that vascular health at 50 can also be determined by factors earlier in life, including inequality and social and economic determinants.

Check up on your heart health at  the American Heart Association site https://bit.ly/2BekZIW

See the article in the British Medical Journal at https://bit.ly/2YTnugG

And why not join  one – or more – of Sydney Community Services’ healthy activities – shuffleboard, table tennis,  ballroom dancing lessons, and Mindfulness or Movement Matters sessions?  See what you can get involved in at our Facebook events page at  https://bit.ly/2YURPr9