‘I am visible’  is the message of senior citizens marching in Lane Cove on Thursday October 24  to raise awareness of older people, their experience, knowledge and roles in society now and over the years.

Yet they are often made to feel invisible today. 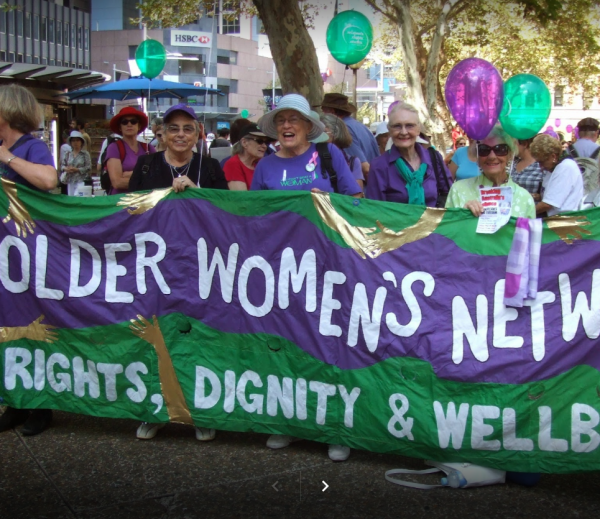 The march was the idea of Cate Turner, a member of the Age-friendly Committee which advises Lane Cove Council on integrating age-friendliness into all its work.

“The committee was talking about how to raise awareness of older people; I said ‘Let them see us – on a march’,” said 90 year-old Cate Turner who is active on this committee as well as the Older Women’s Network, and the Lions Club, among other things.

Marching seniors will also boost their visibility by wearing something purple when they step out on October 24, following International Day of Older People, October 1, and just ahead of Grandparents’ Day, Sunday October 27. They’ll draw even more attention when the Older Women’s Network’s theatrical troupe, ‘Feisty Women of Oz’, break out from the march into a satirical performance in the plaza bandstand. 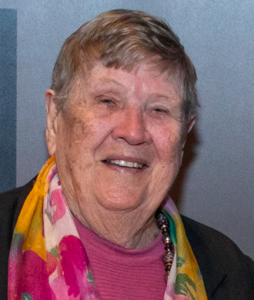 “How often do older people recount that, when they go out with someone younger such as a son or daughter, whoever they are talking with speaks only to the younger generation? As for [older people] knowing anything or having an opinion, that’s never considered,” said Ms Turner.

And yet older people have a wealth of experience and knowledge. They built our roads, buildings and businesses, dreamt up the innovations of their time and still prop up the economy today by saving their children’s and  government coffers when they work as carers for grandchildren, spouses or other family needing support – and by volunteering in myriad ways.  Ms Turner believes Australia is not “madly good” with older people, saying we tend to “shut them away”.

“The march is a fun way to draw attention to something important” said  Lane Cove Council’s Community Services Manager, Cate Sinclair, who is also on the Age-friendly Committee.

Ms Sinclair said that if society wasn’t ageist, Council would not need an Age-friendly Committee and praised the group for its contributions to the Strategy for an Age-Friendly Lane Cove 2018-2023. 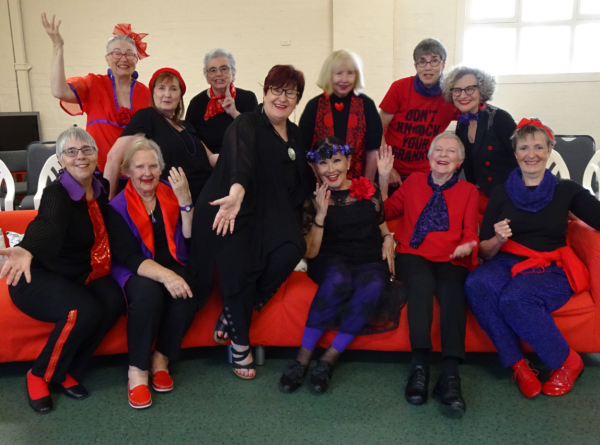 “It’s the second Council age-friendly strategy and the Age-friendly Committee has done a fantastic job helping make it a whole-of-Council approach, similar to our disability inclusion plan.”

The message of the march

People marching will hand out information about ageism, its symptoms and ways it manifests. The information will challenge the public to acknowledge if they are ageist, too.

Join the march and/or show your solidarity with seniors by wearing purple, as seniors will on the day …

See Me, a poem found among the belongings of a woman  in the geriatric ward of a hospital, is another message of the march; it concludes:

The body is crumbled, grace and vigour depart,
There is now a stone where once I had a heart,
But inside this old carcass a young girl still dwells,
And now and again my battered heart swells. I remember the joys, I remember the pain,
And I’m loving and living life over again,
I think of the years, all too few — gone too fast,
And accept the stark fact that nothing can last —
So I open your eyes, nurses, open and see,
Not a crabby old woman, look closer, nurses — see ME!

The full poem can be read at http://www.nursinghomealert.com/share-this-poem