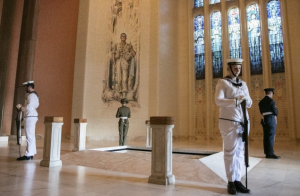 Since 1916, Anzac Day has marked the anniversary of the first major military action fought by Australian and New Zealand forces (the Anzacs) during the Gallipoli campaign of the First World War. 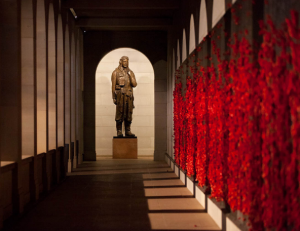 Last year, Australian War Memorial director, Brendan Nelson elaborated, saying Anzac Day goes beyond the anniversary of Gallipoli: “ It is the day on which we remember all Australians who served and died in war and on operational service past and present.  The spirit of Anzac, with its qualities of courage, mateship, and sacrifice, continues to have meaning and relevance for our sense of national identity.”

Details of local services are …

Lane Cove: Sydney Community Services will lay a wreath at the ANZAC Day Commemoration Service at Lane Cove Plaza, Thursday April 25, 7:15am for a 7:25am start until 8:30am.  The service is presented by Lane Cove Sub-branch of the RSL, Lane Cove Council, and Lane Cove Ministers’ Association. If you’d like to participate in the short, local march, gather in the laneway next to McGrath at 7.10 am, introduce yourself to a member of the RSL sub-branch and let them know you’d like to join.  See more on facebook here

Hunters Hill: Keeping up its tradition of an evening service … the 96th Anzac Eve Memorial Service will be held Wednesday April 24, 2019 from 7pm onward.

Preceding this service, the Hunter’s Hill RSL Sub-branch will hold …

–  At 6.30pm a Service of Remembrance at the Memorial Wall (corner of Alexandra and Ady Streets, Hunter’s Hill).

Following this will be a march up to the Town Hall by veterans and those currently serving.

This year Ryde City Council will be holding a commemorative service for the community at Anzac Park, West Ryde, at 9.00 am Thursday 25 April 2019 / 9.00am – 10.00am.  Morning tea at Ryde-Eastwood Leagues Club follows the ceremony.  See details for Ryde service  here