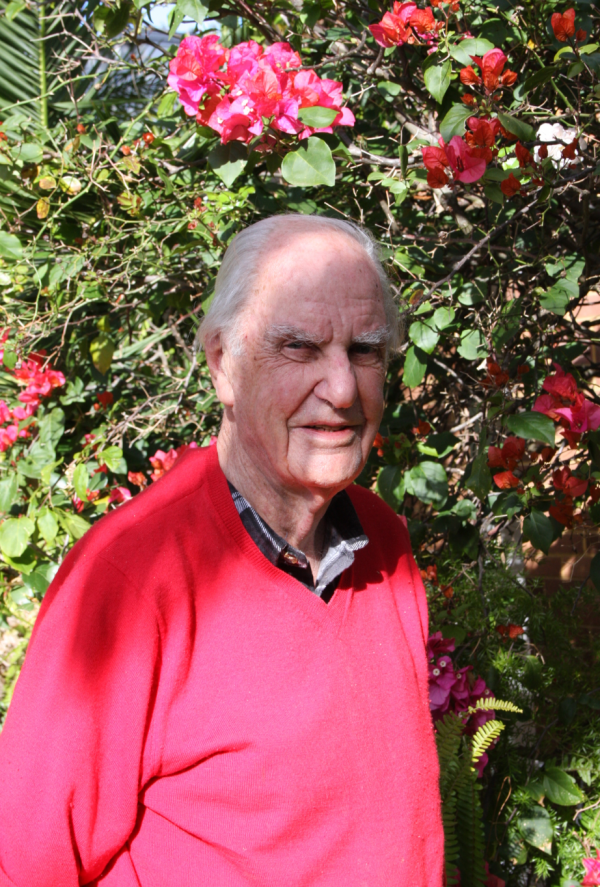 Don Orr loves his home and garden at Waverton, and its proximity to the city which seems only a stone’s throw when seen from his place. But lately he’s been feeling a little daunted by the garden, especially since his eyesight declined and he has not been able to keep up with the plants.

“I love the garden but was feeling overwhelmed by it.  Having Sydney Community Services’ gardening team here to get it under control has given me fresh heart. Now I can get out there and do bits and pieces – it’s very therapeutic,” he says.

The SCS team of volunteers visited to do the bigger jobs: bulk weeding especially those invasive ferns, clipping back hedges and generally tidying up and collecting green waste.

Don has adjusted to his restricted sight and, although it has slowed him down, he’s very positive. He definitely wants to stay in his home so he’s making the most of other local services alongside SCS gardening, including cleaning and linen, community transport plus Don’s son shops online for him. Other help comes from Google Mini, which responds to verbal instructions for music and internet searches for anything he’s interested in.  Don, who grew up with a radio as the only entertainment, has seen many changes in his lifetime.

This retired architect has given up a few of his loves: painting watercolours, architecture, and flying. So enjoying his garden is all the more important.

In his younger days as a member of the Royal Aero Cub of NSW, Don learned to fly Tiger Moths out of Bankstown.  He recalls the aerodrome as a large, grassed field, bordered by hangars. He had early inspiration to fly because his uncle was Goya Henry, a famous Australian ‘barnstormer’ or stunt and joyride pilot. In 1936  Henry thumbed his nose – and that of  ‘Jolly Roger’, his bright red bi-plane – at the aviation authorities by being the first to fly a loop under and over the Sydney Harbour Bridge. It was the same year Henry, whose licence had been suspended, won a High Court case against the Commonwealth about its aviation jurisdiction.

As an architect, Don Orr is no stranger to controversy – nor Sydney landmarks. He represented the NSW Government Architect in inspection visits during the final stages of the Sydney Opera House, which was completed in 1973. Don recalls that when architect Jorn Utzon left the site there were many formidable architectural and engineering problems still to be resolved.

“It was an amazing challenge,” recalls Don. “I was fortunate to have been there at the right time to play a small part in the completion. The final result is a magnificent compromise and we have an iconic, world-famous building which has become the symbol of Sydney.”

As well as a great career of thirty years with the NSW Government Architect’s office, Don also enjoyed private architectural practice, and is well known for an early example of Australian modernism known as the ‘Churcher house’ in Bogota Ave, Neutral Bay, created in the ’50s.

Sydney Community Services’ gardening team  is made up of volunteers working under the supervision of qualified horticulturists, Linda Thompson and Steven Lodge.  The team  service is available to senior or disabled residents in Hunters Hill, Willoughby, Lane Cove, Mosman and North Sydney council areas.