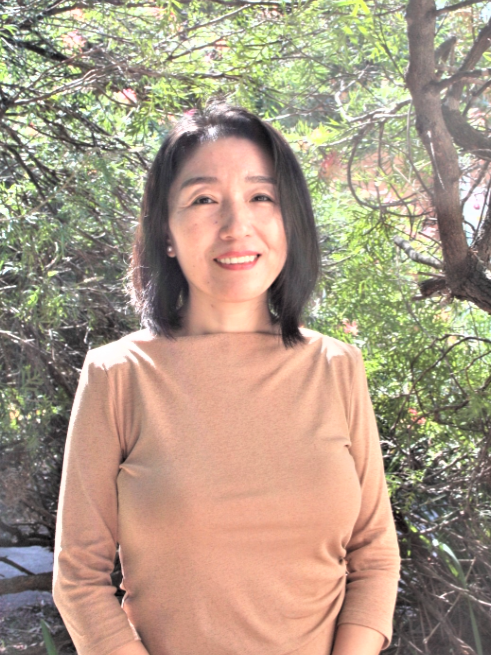 Already in Australia for two years as an international university student, it was not until Tina Liu became a home care worker that she learned about Australia, its culture and people. As a student and young mum, she was either at uni, in the library or at home with her young daughter so there was little time for anything else.

“If a home care client asked me to pass the Vegemite, I had to ask what it was,” says Tina, who has since learned about Australian culture and how to help others learn about it, too.

She worked for the then Department of Ageing, Disability & Home Care, and was well trained in policies, procedures and guidelines on working with seniors and people with disabilities to support their independence in their homes. Working cross-culturally was part of the training, as was communications and how to avoid misunderstandings.

“This was extremely helpful for my community work – because now I’m dealing with many groups whose first language is not English. The home care work was pleasant: the clients were friendly, open and kind –I still sometimes miss them,” she says of  people whose homes she visited in Ryde, Epping and Eastwood.

Back in China, Tina had worked as researcher for the public prosecutor’s office for a decade but was never passionate about it.  Now she creates and supports programs for six culturally and linguistically diverse (CALD) groups: one for Afghans and Iranians combined, also Iranian ladies,  plus Spanish, Chinese and two Italian groups – whose members come from all over Sydney.

Tina started in home care work because it was flexible and allowed her to work, study and look after her daughter. It led to a decade in social support with Sydney Community Services, starting as Housing Outreach Support Worker. Within a year,  she was Acting Social Support Coordinator and later CALD Service Coordinator.

“It was an intensive learning curve at the beginning,” says Tina, whose groups’ membership collectively numbers about 250 people.

Her activity programs are based on members’ interests and needs, in consultation with leaders and often the whole group – clients are always encouraged to be actively involved in planning.  Monthly outings to interesting destinations recently included a visit to the 5 Senses Garden in Rhodes Park, Concord, and the Sydney Murugan Temple, a Hindu temple at Parramatta. And the group also gets together for art therapy sessions. But Tina assures me it’s not just about entertainment.

“Because their cultural diversity has been respected in our group activities, our clients become more confident in their social life and use of community services” says Tina. “We also build bridges between these cultures and between them and the Australian culture, based on acceptance and tolerance. We often include English language classes and, for topics in Australian culture, I like to refer to the textbook for the Australian citizenship test – because it’s such a good summary.”

Tina manages this program with support from a CALD Support Worker, and some generous bilingual volunteers who translate group newsletters and help with outings and meetings.

“I can see that what we do has changed people’s lives. Some clients tell us the monthly outings are the highlight of their month. Others are grateful for our help settling them into Australian ways and they thank us with lovely presents of  home-grown vegies and flowers.”

Tina’s former law career has not been any competition because she finds the results of community work and connections with people more rewarding.

“It’s meaningful work – we’re doing something for individuals and also for Australian society as a whole,” says Tina.

If you are interested in joining or hearing more about Culturally and Linguistically Diverse Groups  supported by Sydney Community Services, please visit our site  here