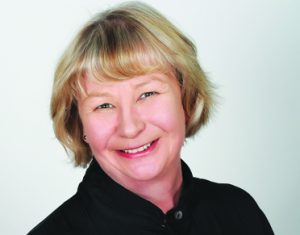 In 1960, Claudia Leach was standing for Lane Cove Council and trekked door-to-door to canvas votes.  It struck her that there were many older people living on their own in Lane Cove.  On closer inspection she soon realised that many of the older residents needed more support than they were getting and in fact, there was no obvious place to go to when they needed to ask for help.

In 1961, Claudia persuaded Lane Cove Council to help her set up a new organisation called the ‘Pool of Service’ which went on to become Lane Cove Community Aid.  It had four main objects: to provide home nursing support, provide transport to hospital and medical appointments, provide companionship to the lonely and to provide meals for those unable to cook for themselves.  The model of Community Aid Claudia developed went onto provide inspiration to other similar services nationally and internationally.

Initially Lane Cove Community Aid was a volunteer run organisation although over time paid staff, particularly Nurses, were employed.  Since its inception the organisation has been substantially supported by Lane Cove Council, both financially and in more practical ways such as providing office space: our current offices in Pottery Lane were designed and built for us, for which we pay a peppercorn rent of just one dollar.

At the beginning meals were provided by Greenwich Hospital and Lane Cove Club (who provided “meals for men”).  They were collected in the morning by volunteers who then delivered to homes.  We have photos of volunteers doling out stew into bowls from a large pot in the boot of their car!  You will be relieved to know that things have moved on since then.

These days our meals are pre-packaged and frozen, from three suppliers who cater for everyone’s tastes, preferences, and choice.  We offer a wide range of soups, desserts, fresh bread rolls and muffins.  Daily deliveries of fresh sandwiches, salads, special finger food packs with a range of pies, sausage rolls and cakes leave our building every day. Some prefer the snacks; others choose to heat up large meals.

The cost may be a little higher than a frozen meal at Aldi but the quality, variety and nutritional value far exceeds any supermarket alternative.

Our meals are delivered by volunteers who get to know their clients and it is a comfort for them and their families to know someone comes by every day to see they are ok.  Not everybody wants a delivery every day; sometimes it is just a weekly delivery of food for the freezer. Sometimes people prefer to pop in and collect meals directly from the office.

If she were to visit us today Claudia Leach would be surprised at how her idea has grown and how many people now benefit from our services.  But if she popped into the kitchen or wandered into the office, she would still recognise the Nurses, the transport, the social activities and the meals that she designed to be the backbone of Community Aid.

About the Author: Nicola Riches