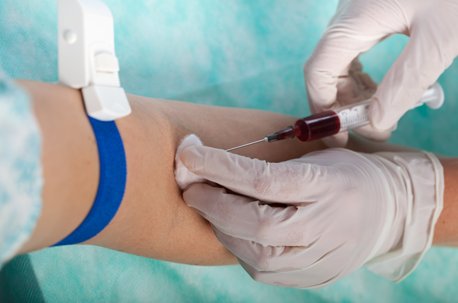 A simple new blood test for Alzheimer’s disease, years in the making, is on its way to Australia via the Federal Government’s Australian Dementia Network or ADnet, a collaboration of 18 academic and clinical partners and philanthropists.

The University of Gothenburg, Sweden, led the development of the new blood test which measures the protein ‘tau’, one of the two proteins believed to cause Alzheimer’s. Tau causes ‘tangles’ among brain neurons while the other protein, amyloid beta, causes clumpy plaques.  University of Gothenburg’s test is a more sensitive method that can measure much lower levels of a version of tau than previously possible. Scientists behind the test in Sweden, Canada and the UK have hailed it as a major advance for Alzheimer’s diagnosis and possibly treatment too.

Before this blood test, detecting proteins to diagnose Alzheimer’s was only done through expensive PET scans and invasive lumbar punctures – where cerebrospinal fluid of a person with dementia would have much higher levels of the tau variant. The new test’s simplicity, affordability and accuracy – including for early stage Alzheimer’s – means it could become a screening test in primary care.

Australian researchers from two collaborations, the ADnet and the Australian Imaging, Biomarkers and Lifestyle Study of Ageing, are sending blood samples from Australian participants to Sweden as part of further analysis of the accuracy of the new test. ADnet Director Prof Christopher Rowe says the test will then be further tested in clinical practice here.

“We are working with the Swedish team to introduce the blood test to several sites around Australia with the aim of making it available to the Australian community as soon as possible,” Professor Rowe said. “This will be initially through the Australian Dementia Network’s affiliated memory clinics to collect information on accuracy and impact on patient care that is needed to obtain approval for widespread use in the Australian community.”

Prof Rowe predicted the test could then be widely available within two years, according to RACGP magazine.

The new test has demonstrated a good capacity to discern between Alzheimer’s and other brain diseases such as frontotemporal dementia or Parkinson’s, where blood levels of tau are normal. It would be much more accurate than today’s cognitive assessments and would be accurate earlier because it shows the Alzheimer’s protein well before cognition is affected. In a disease that takes up to 30 years to develop and manifest, the test could mean treatment or lifestyle changes could be applied earlier. Gothenburg University’s co-authors also believe the test for tau in blood will be vital to monitor the efficiency of new drugs against Alzheimer’s.

Alzheimer’s disease is the most common cause of dementia in our society, affects at least one fifth of our population by age 75, and will be increasingly prevalent as the population ages.

Sydney Community Services runs a Seniors’ Hub at our Hunters’ Hill Community Hub which welcomes clients with dementia – see another page of our website.   Unfortunately this seniors’ program has been postponed during Covid-19 but we look forward to resuming again soon.

For more information see findings on the new blood test as published in Lancet Neurology at https://bit.ly/3dLbq4u

AIBL study of ageing at https://aibl.csiro.au/