Smart socks step up to Parkinson’s

Smart socks step up to Parkinson’s 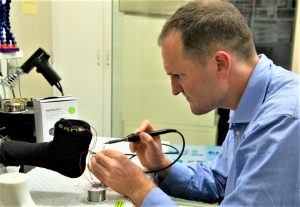 Losing the ability to walk naturally is one of the early devastating effects of Parkinson’s disease which can cause people to freeze mid-walk despite their intention to take another step. People with Parkinson’s say this ‘freezing’ feels ‘as if their feet are suddenly glued to the floor’.  It’s dangerous because the rest of the body continues its momentum – causing falls in about  60% of people living with Parkinson’s.  People can then be afraid of leaving their home and can become isolated.

Yet there is a solution on the horizon that needs trial participants living with Parkinson’s and investment to commercialise the results for the 100,000 Australians and millions worldwide with Parkinson’s. Neuroscience Research Australia (NeuRA) is investigating how technology embedded in everyday clothes can help people with reduced mobility. NeuRA team leaders Dr Matthew Brodie and Associate Professor Kim Delbaere invented smart socks which, in a pilot study, successfully helped people with Parkinson’s to walk.

Their ‘Walking Tall’ project is a collaboration with Sensoria Health which supplies the miniaturised parts needed for a wearable product.  The result is wearable socks which create a beat or rhythm that encourages muscles to keep making continuous movements. 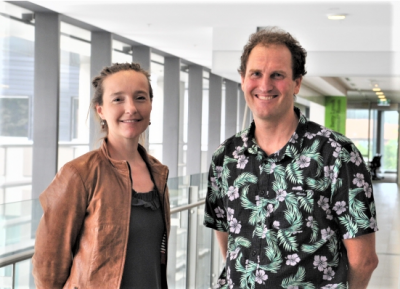 Dr Brodie says the pilot study had fantastic results which surpassed anything he or any of the team expected.

“The smart socks not only reduced the worry people had about freezing gait but people told us they could ‘throw away their walkers’ and others said the socks were better than medication.

Sensoria Health says the neuro-rehabilitation project has produced a sock that’s reducing step-time variability, preventing freezing of gait and falls, and will enhance independence in people with Parkinson’s Disease.

NeuRA now needs to conduct a clinical trial involving at least 100 people living with Parkinson’s disease to provide the evidence. If you have Parkinson’s and are interested in  taking part in a trial of this incredible Australian invention, please contact the team at walkingtall@neura.edu.au and they will get back to you. The project will involve some assessments at the project’s Randwick base as well as in-home visits. 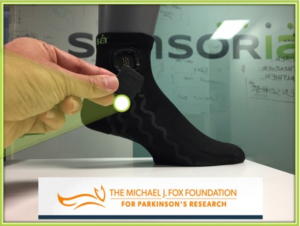 The project needs investment to progress from trials to a commercial product; anyone interested in investing in a product which will help 10 million people living with Parkinson’s worldwide should contact matthew.brodie@neura.edu.au    So far, the project has been funded by a grant to NeuRA from the Shake It Up Australia Foundation for Parkinson’s Research and Michael J. Fox Foundation to test eHealth and smart garment technologies which would prevent falls in people with Parkinson’s disease.