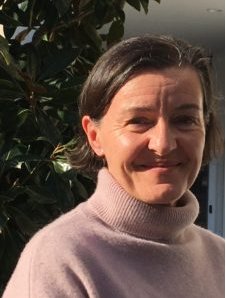 Victoria Caush, an awarded SCS volunteer who  volunteers on our delivered meals service

Exceptional individuals who contribute to the wider world should not go unsung, and local deeds were recognised late May by Lane Cove’s Annual Citizenship Awards and Ryde Council’s Volunteer Recognition Awards.  More than 100 people attended the Lane Cove celebration where councillors outlined the inspirational achievements of each awardee. Three of Sydney Community Services’ hundreds of fantastic volunteers were awarded – Victoria Caush and Michael Taylor were awarded by Lane Cove Council, and Isabella Wilks was honoured by City of Ryde Council.

Victoria Caush, Community Service Award – works in the kitchen at SCS Lane Cove Community Hub packing meals and/or delivering them to locals. She has contributed her time and efficiency for about eight years and is always ready to fill gaps in our roster as well as do her regular volunteering. 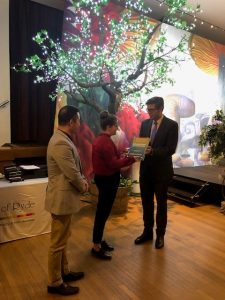 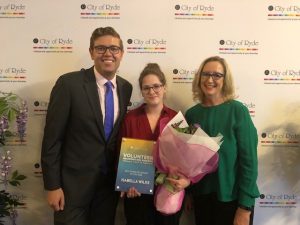 Isabella was a uni student on academic placement with SCS as part of her Bachelor of Human Science degree majoring in community services. After graduating this year, Isabella continued working with SCS, volunteering with one of the Social and Recreational Groups for adults with DisAbility, which goes on outings from our Hunters Hill Community Hub.

Ms Wilks works closely with SCS clients helping them generally and particularly in overcoming social isolation. She also researches projects for clients to engage in, and writes an annual newsletter about clients’ achievements. City of Ryde Mayor, Clr Jerome Laxale, was one of the judges and congratulated all award recipients.

“Our local volunteers are the unsung heroes of our community and I am delighted we can recognise the achievements of those who give up their own time to help those in need,” Clr Laxale said.

There are fantastic stories behind awardees’ deeds and no doubt, much appreciation from the community and many individuals whose lives have been positively affected by the generosity, talent, and can-do attitudes of awardees, including: –

Bridget Kennedy, Citizen of the Year – champions sustainability by example: in her artworks, in community projects, at her home and garden. This jewellery maker refashions materials into new pieces and channels 10% of profits to the environment. She’s also a co-founder of The Repair Café Sydney North which fixes all manner of things.

Charlie (10 years) and Grace Doran (8 years), Young Achiever Awards – for creating charity Gear for Good when they heard some kids don’t play sport because they don’t have any equipment.

Jeremy Cardew, Young Achiever Award – a volunteer on sound and lighting at Lane Cove Theatre since he was just 13, Jeremy is now integral to performance at Chatswood High.

If you’re interested in  contributing to the community by volunteering with Sydney Community Services, please call our  volunteer coordinator on 9427 6425 or see  our volunteering page here