Social bots ‘in the wild’

Social bots ‘in the wild’ 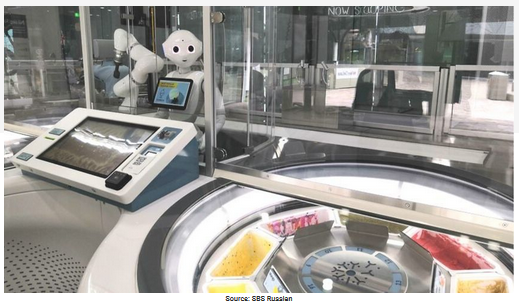 In Federation Square, Melbourne, you can have your ice cream scooped by a robot at Niska Robotic Ice Cream Bar. In other bars around the world, robotic arms are being trialled as bartenders. You might not have bumped into them yet but you probably will: ‘social’ and ‘service’ robots are already used in health and aged care as well as service industries such as food and retail.

At Niska, they have both kinds of robot. Social robots such as Pepper can interact with the physical world and its users – us – in a social manner while taking your order whereas the two service robots are busy scooping. 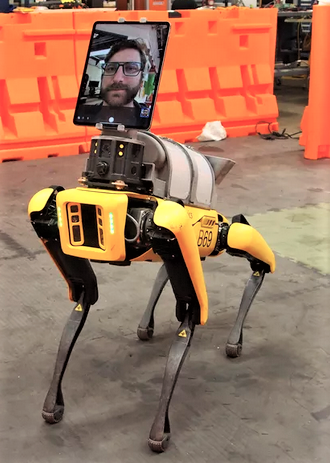 Spot, the telemedecine dog, has been triaging possible covid patients and keeping frontline health workers safe in hospital in Boston

Dr Eduardo Sandoval, who studies and designs human-to-robot interactions at the School of Art & Design at the University of NSW, has observed use of social robots, including in hospitals in the covid crisis. He believes further development will take social bots to the fore in health and aged care among other therapeutic settings, in entertainment, in training and also in future crises. 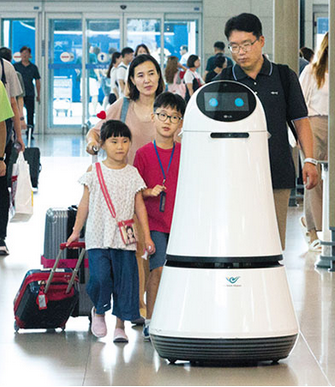 In a Boston hospital during the pandemic, Spot  –  the dog-like robot controlled by a doctor  –  gave remote consultations, triaging patients suspected of having the virus while keeping a safe distance between potentially infected patients and health staff. With its built-in iPad, Spot’s main role is as a telemedicine machine.

Robots are also used in hospitals and hotels in countries like China and the US to deliver medication to patients in isolated rooms. ‘Moxi’ is a hospital service robot that helps with non-patient-facing tasks such as fetching supplies and bringing them to patient rooms, delivering lab samples, taking soiled linen –  giving staff more time for patient care.  Meanwhile, a different, very social bot also called ‘Moxie’ is sold as an educational, confidence-building ‘friend’ for children. 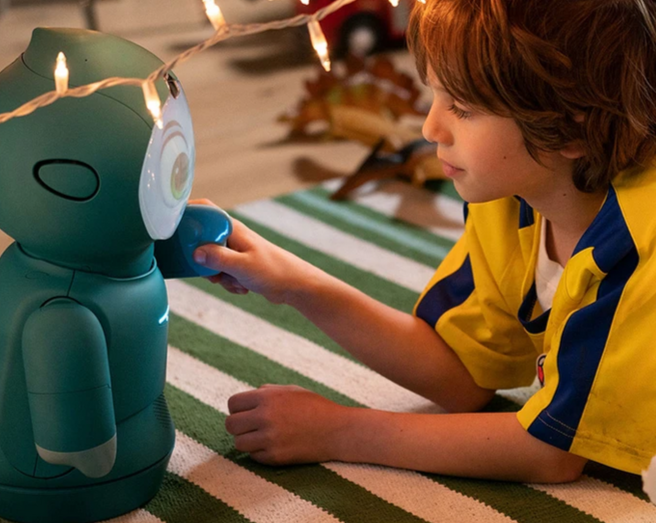 “Humans are social animals.  A lot of our achievements as species are the product of our social interaction,”  says Dr Sandoval, “While there is a constellation of apps to motivate us, to create new habits and track them, social robots have the potential to further engage users.”

“Due to the rapid improvement of technologies integrated into social robots, researchers have begun investigating human-robot interactions ‘in the wild’ or uncontrolled or semi-controlled conditions with positive outcomes.”

He cites thousands of fluffy seal robots called Paro being used in health care, aged care, and dementia therapy across Europe, the United States and Asia, with randomised trials suggesting that the robot reduced loneliness and increased social interaction. Paro looks like an ordinary plush toy but moves and makes seal noises in response to light, touch, sounds and orientation.

UNSW has researched in the use of robots to facilitate conversational interventions with dementia patients. Analysis of the effects of cognitive stimulation therapy guided by the robot showed there was a statistically significant decrease of three dementia-related symptoms: delusions, agitation/aggression, and euphoria/exaltation after the intervention.

“As well as positive responses, there has also been negative interactions between children and social robots in public spaces, as well as longitudinal studies showing a lack of engagement with social robots in domestic homes.” 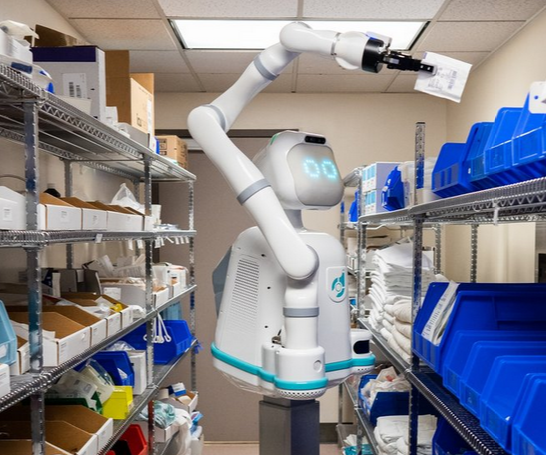 Yet Dr Sandoval believes that, with further development, social robots will make big contributions to therapy, entertainment, exercise and other training programs.

At the UNSW Creative Robotics Lab, Dr Scott Brown has used a social robot to help children with autism to recognise emotions behind facial expressions.  And other collaborations between CSIRO and UNSW trialling social robots with students who have autism found robots can enrich students’ learning experiences and, importantly, some benefits observed in participants when they interacted with robots were being transferred to their interactions with people.

“Similarly in the exercise arena, with the increasing popularity of online yoga, resistance training, and rehabilitation tutorials, social robots could provide a valuable tool to deliver training activities in a superior way to existing technologies,” says Dr Sandoval.  “They could support the work of trainers and assist in the feedback and supervision in real time.”

Taken from original article by Dr Eduardo B. Sandoval, a social robotics researcher with University of NSW’s School of Art & Design

This topic is more thoroughly explored by Elizabeth Broadbent’s article “Interactions with Robots: the Truths we Reveal about Ourselves “    in the Annual Review of Psychology